Climate crisis is expected to accelerate humanitarian crises around the world this year, aggravating the issues created by armed conflict and economic downturns, says a study by the New York based NGO International Rescue Committee

Last year was terrible as far as climate change and its impact on health. It was the sixth-warmest year on record from January through August, with a global average temperature 1.55 degrees higher than the 20th-century average, data from National Oceanic and Atmospheric Administration (NOAA) reveals. It was the hottest on record for Europe and China, the second-hottest for North America and Asia, and the fifth-hottest for planet Earth since record-keeping began in 1880.

Heatwaves, in turn, caused wildfires and a humanitarian fallout. In Australia alone, the fires directly caused some 450 deaths, 1300 emergency asthma presentations, and 1120 cardiovascular and 2030 respiratory admissions, in addition to worsening mental health outcomes and displacing 47 000 people, says a Lancet study. In South Asia, the rise in temperature triggered increased hospitalisations, and food and energy insecurity.

Floods, as we already know, have wrought havoc in Pakistan, upending lives of tens of thousands of people, forcing the World Health Organization to seek  psychosocial support and mental health services for the flood-affected. Over 1,500 people died, and millions were displaced and suffered from diseases such as skin infections, malaria, and diarrhoea. Heatwaves in the country, in turn, caused deaths, emergency asthma presentations, cardiovascular and respiratory admissions, and the worsening mental health outcomes.

India wasn’t untouched. According to a report by the Centre for Science and Environment, the country recorded “extreme weather events on 241 of 273 days” in the first nine months of 2022. These included thunderstorms, persistent rains, cyclones, droughts, heat waves, lightning, floods and landslides. The events claimed about “2,755 lives, affected 1.8 million hectares (ha) of crop area, destroyed over 416,667 houses and killed close to 70,000 livestock.”

Climate predictions for 2023 are equally grim. According to a study by the New York based NGO International Rescue Committee (IRC), led by former UK politician David Miliband, climate change will accelerate humanitarian crises around the world in 2023, aggravating the issues created by armed conflict and economic downturns. The study reveals that the number of people forced to flee their homes has risen to more than 100 million today, up from 60 million in 2014.

And in 2023, the migration is expected to grow further. The world also faces the spectre of food insecurity, infectious disease and heat-related illnesses, the Lancet Countdown report released in October said. It describes how extreme weather has increased pressure on health services already battling the Covid-19 pandemic.

Heat-related deaths globally have increased by two thirds over the last two decades, the report highlights. Among the health conditions caused by extreme heat are cardiovascular and respiratory illnesses, as well as mental health issues.

How do we address this unfolding gigantic climate crisis? It needs the world to act together. And the world has been trying to do so but unsuccessfully. Last year’s COP27 summit in Sharm el Sheikh was an attempt in this direction. And this year, Dubai is hosting COP28. Though there is global consensus on what needs to be done to save the planet, the developed countries are not ready to put money where their mouth is. They were supposed to have paid $100 billion a year for climate action from 2020, but they are still far from meeting the target. Here’s hoping that COP28 brings the world closer to decisive action. 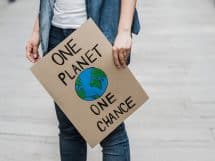