Qian Sun, a Chinese freelance journalist based in Berlin, describes the ongoing Covid-19 outbreak in her country as severe.

In an interview, she tells HealthLEADS that discontinuing the Zero-Covid policy abruptly was a “reckless” decision.

“First you have strict rules for two years, and then you flip it 180 degrees and go from a Zero-COVID policy to opening the country entirely with no precautions in place,” Sun explains.

China is again witnessing a surge in Covid-19 cases. How do you see the emerging situation in the country?

My family and all my friends are in China and the situation is getting better. I feel like most people have already had COVID by now. It was around Christmas and New Year when it was quite scary. The day the country opened up after the lockdown, almost overnight, everyone that I know in China had COVID and had heavy symptoms.

Which variant is prevalent right now, and how is it different from the previous ones?

The new sub-variant that people are concerned about is the XBB but it actually comes from the USA. The ones that are still prevailing in China are the subvariants BA to P1, and so on. These are not dramatically different from the ones which are spreading around the world. That means there is no subvariant that is potentially dangerous for the other populations. If that is the case, then it makes no sense for any kind of travel ban.

What do you think about China’s sudden move from strict COVID measures for almost three years to a rushed relaxation of the Zero-COVID policy? A lot of people around the world are confused as to what happened. Did the recent protests have a role in it?

You are right.  It has confused many people. As Chinese, it has for sure confused us as well.

I think one of the main reasons why it happened is actually the protest. The country has not seen a protest of this kind since the 1989 Tiananmen Square trouble. So, this is the biggest nationwide protest wave in more than 30 years. That has obviously put a lot of pressure on the government.

Also, WHO released data saying that even before the lifting of the lockdown policies and the protests, there were already a lot of cases in Beijing. So even if the Chinese authorities didn’t lift the lockdown, they wouldn’t have been able to continue with the Zero-COVID policy anyway as COVID is very contagious. Therefore, I think it was a combination of both the government saying that there is no way to control COVID and people pleading to open up.

At the same time, it is true that the economy suffered so much that if the country had not opened up, it would have led to a disaster. So I think several factors come together.

Do you think lifting the COVID policy has made the situation worse?

We kind of have a joke in China that running a country is like flipping a pancake. First you have strict rules for two years, and then you flip it 180 degrees and go from a Zero-COVID policy to opening the country entirely with no precautions in place.

From a virologist’s point of view, it is quite reckless.  Before the protests erupted everybody was saying how dangerous COVID is, and all of a sudden everyone started claiming it is not dangerous at all. Whereas in reality, COVID is still not a cold or the flu, It is still contagious. Moreover, China does not have a high vaccination rate, so a large part of the population is still vulnerable.

For the first few weeks, despite no lockdown, people still did not go to the streets or the supermarket. But this lasted for two weeks. A lot of people had to come out eventually to earn their livelihood. Or if they were working for a company they would say that testing positive is not a reason to not come to work anymore.

So whether the lifting of the lockdown made things better or worse depends on how you look at it. If you look at it from an economic point of view, it is obviously better as people are going back to work. It is not ideal for people who are old as there is no special protection for them. But for most young people, I think, it is better as they would have their life back in one or two months.

How do you think other countries should respond to the spiralling Covid infections in China considering the country lacks credible health data?

One of the classic issues with China is that it doesn’t have reliable or special health data. If you look at the website of the Chinese Center for Disease Control and Prevention, they do have daily stats on the COVID situation but you know it is not reliable. According to the data, the total number of COVID deaths in China are several thousand cases which is ridiculous. So the figures are clearly not accurate. Everybody knows that. Even WHO knows that, other countries know that, and people in China know that.

I think that’s also threatening China’s relationship with other countries. Some European countries are starting to have entry policies for people who are coming from China, and some even say they need to quarantine. What would really help is if Chinese colleagues would keep the world informed of the prevalent variants of the COVID virus. I think if China does not keep the data transparent, it would only hurt itself. But China will not do that.

As a journalist and a fact-checker, have you come across any misinformation related to COVID in China?

For example, one of the classic ones is where COVID comes from, and worldwide there’s no explanation for it. And in China, obviously, you cannot say that it leaked from the Virology Institute because that would be misinformation. It is completely banned and nobody can say that. But if you say it somehow leaked from a US laboratory, it is everywhere online. Both are misinformation, but because of censorship and how it serves the government’s narrative, you can see how popular they can become.

Then there’s misinformation about fake remedies and big discussions on whether or not Chinese traditional medicine helps cure COVID.

Another one that I find interesting is when you talk to Europeans or Germans about why they are not in favor of travel bans but support testing people coming from China. They reason that China has a huge population and the virus spreads very fast so the virus must be dangerous if it is coming from China. However, it is a misconception that a more dangerous variant or sub-variant will come from China just because it has a huge population.

What is the impact of the coronavirus and frequent lockdowns on the country’s youth?

Right now, the young generation is starting to realize that China is becoming quite an absurd place and want to run. A lot of people, especially the ones who had any way of keeping foreign contacts through VPN or studying abroad, do not want to stay in China anymore. They are also the ones who started protests.

One of the options is to not look at the situation from any particular point of view, ignore it, and lead a normal life. I think that is what a lot of people did before and at the beginning of the pandemic. But over the years, what’s happening is that China is getting more surreal. And even if your wish is as small as leading a normal life, it has not been possible in the last two-three years. So people are beginning to have problems with it.

WHO says China underrepresents COVID surge data. You have reported on how China collects health data. Do you agree that China’s health and disease data collection is faulty?

I believe there are two sets of data. So in China, there is a tradition where some of the news departments and internal organizations write internal references for the authorities. So in that sense, I believe there’s probably a more accurate data collection inside the Chinese government. But this data is not published so nobody knows except if you really work in the system.

If you are looking at the Chinese government’s official website or you talk to them, you can challenge them based on your own analysis of how many people died in the country and if it corresponds to the one they published.  However, I have doubts if the internal reference is still accurate. I believe that in normal times, they have a good grasp of things. But I am not sure anymore. 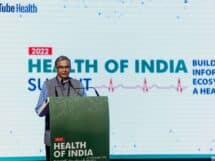 Less than 10% of global organ donations happen in Asia 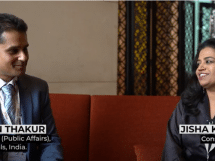